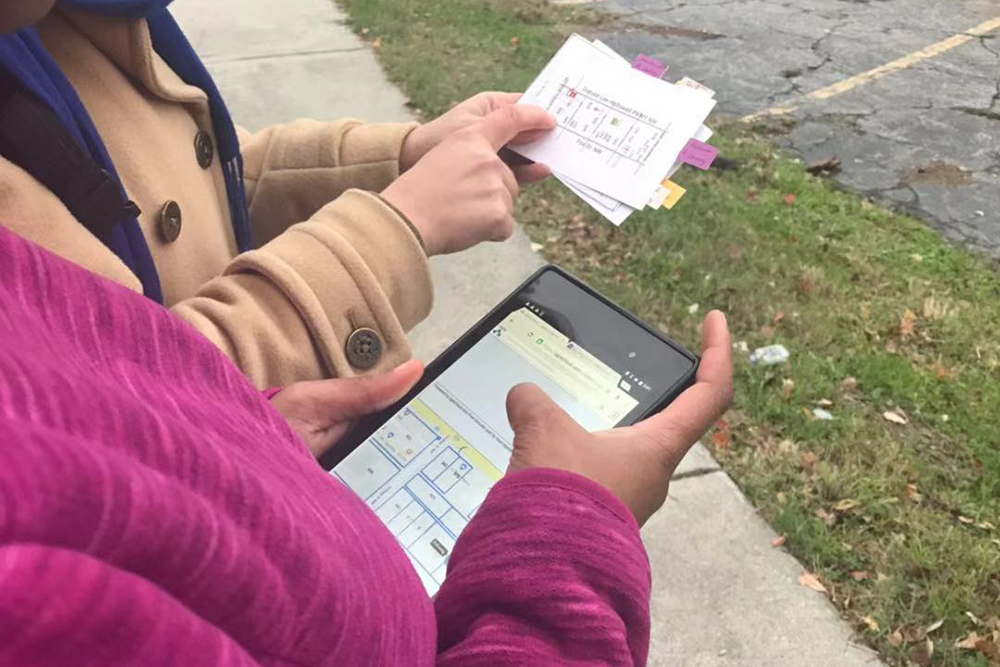 Careful Coding, is an ongoing collaboration with Block by Block—a neighborhood organization founded in the English Avenue neighborhood of Atlanta. Through the project we are exploring the design and use of tools, processes, and tactics for resident led data collection. Specifically, the project focuses on the collection of code violations: residential and commercial properties that violate Atlanta’s City Code. Examples of such code violations include excessive trash or dumping, collapsed roofs or porches, a​nd overgrown lots. Sometimes these violations are the result of absentee landlords, other times they come about when residents can no longer tend to their properties. Simple and credible tools for recording these violations give residents the autonomy to decide what is and is not reported to city government and the ability to track aspects of their neighborhood over time.

Qing Tian continued the work through 2019.

Primary research and engagement is led by Amanda Meng.