A satirical, critical project by Tom Jenkins that explored the limitations of automated sentiment analysis as a mode of representative democracy. 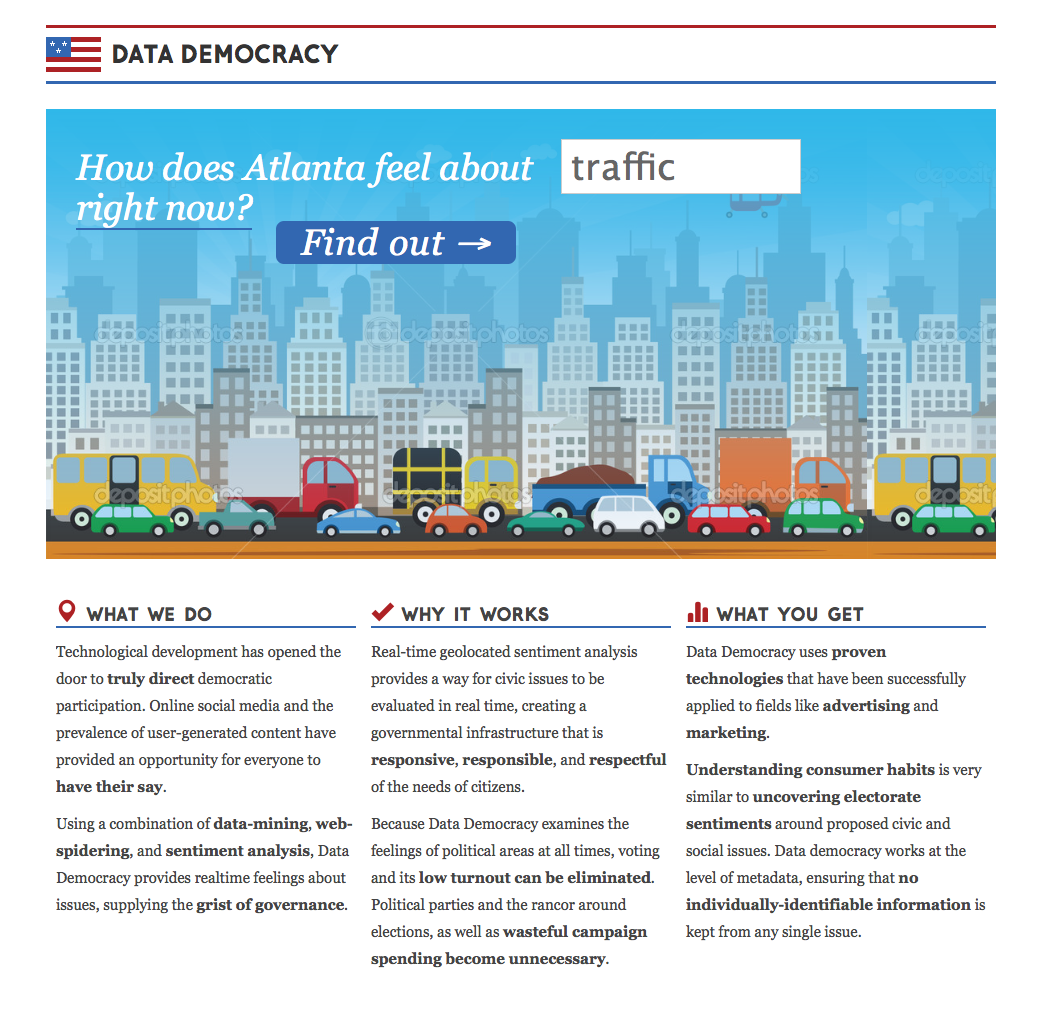 A Problem with Democracy
Data Democracy was a satirical, critical project by Tom Jenkins that explored the limitations of automated sentiment analysis as a mode of representative democracy.

One way to consider a new democratic order is by conceptualizing social media as a site for political participation. Data mining tools and techniques offer a way to know the electorate, through social media and “big data” offers hooks to consider the changing affect of the populace. Perhaps, instead of a traditional representative democracy, there might be a way to directly access the desires and frustrations of the electorate through social media.

Using a combination of data-mining, web-spidering, and sentiment analysis, Data Democracy provided immediate responses about issues, supplying the grist of governance: geolocated sentiment analysis as a way for civic issues to be expressed and evaluated in real time.

The system worked by providing a search function, which people could use to ask the question “How does Atlanta feel about ________?” — and users would enter the term to be searched for, such as How does Atlanta feel about “traffic?” The system would then query geolocated tweets in the Atlanta region, and by applying a simple sentiment analysis toolkit, would return an answer, that would visualize in a graph the range of feelings expressed about the topic. Of course, the system was subject to all sort of errors and confusions, such a the use of the term “traffic” to refer to both congestion on city streets and slow internet speeds. More than providing a streamlined reporting of peoples feelings on matters of concern, the system highlighted the ambiguity of topics and affect in social media.