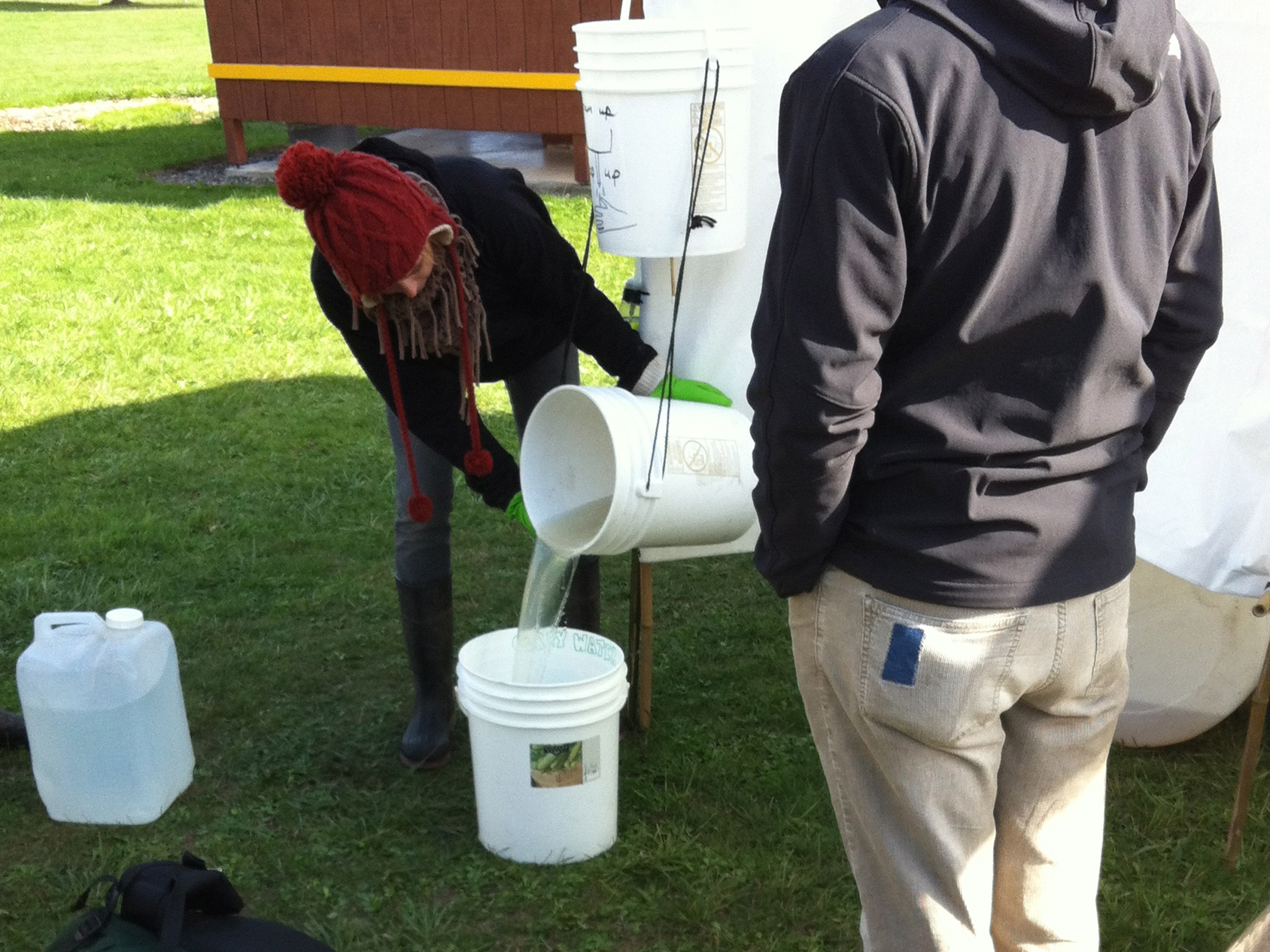 Jonathan Lukens was one of the first members of the Public Design Workshop. His dissertation research explored what he calls “DIY Infrastructure.”

According to Lukens, DIY Infrastructure is an emerging area of design in which individuals and small groups build alternative infrastructural systems or modify / hack existing infrastructure. For example, Feral Trade Courier (http://feraltrade.org) is a an alternative freight system in which goods are carried over social networks; Cloacina (http://cloacina.org) is a portable waterless sanitation system; and Village Telco (http://villagetelco.org) create hardware and software that allow people to create local telephone networks without telephone companies. What the analysis of these projects reveal are the myriad ways that our lives are regulated by infrastructural systems and what the role of design might be in larger-scale technological transitions.

Lukens’ research into DIY Infrastructure was presented at the American Association of Geographers Annual Meeting section on Design, Design Activism, and the Democratic Production of Future Social Natures in 2012, and at DIY Citizenship, a Critical Making and Social Media Conference in 2010. The article “DIY Infrastructure and the Scope of Design Practice,” which summarizes is research, appeared in the Summer 2013 issue of the journal Design Issues.