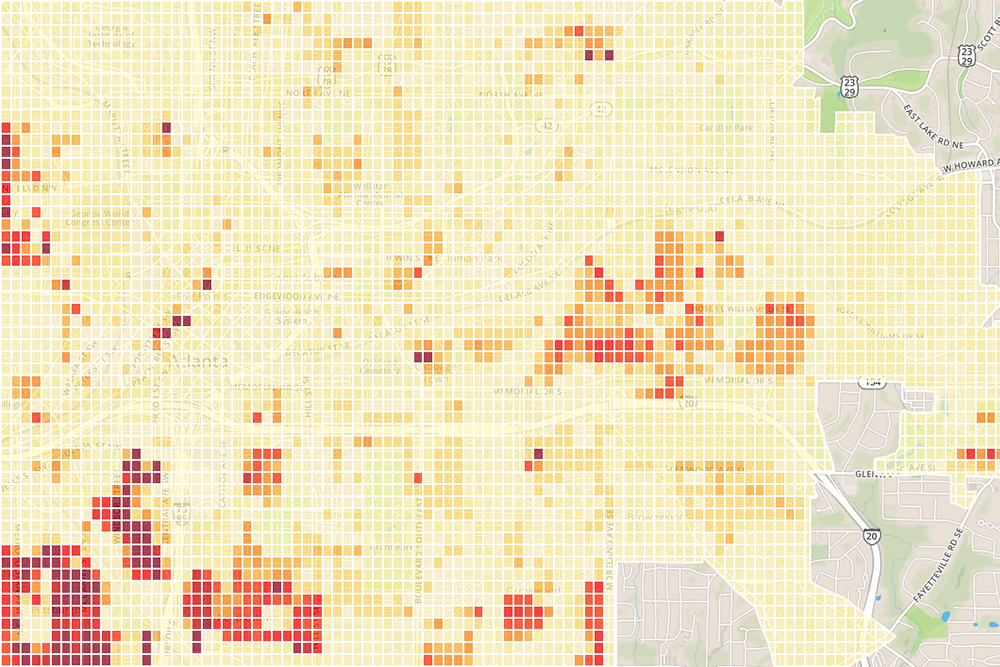 In 2017, an Atlanta resident approached us with a concern about rats in her neighborhood — there were rats dead and alive, always around, and no one seemed to be doing much about them. Inspired by a project from the University of Michigan called Rat Chat, we began developing the RatWatch project in Atlanta. The RatWatch project combines resident-reported data with mapping and modeling to document rat issues in Atlanta. The project includes an SMS system for text or image based reporting of rat sightings and evidence, a model of likely rat infestations in Atlanta based upon code violation and housing data, and a series of maps representing both the resident reports and rat suitability models. The goal of the project is to use data and media to support residents in creating evidence of a rat infestations, which can be taken to local government to advocate for resources.

The RatWatch project was initiated in 2018 as part of the Civic Data Science Research Experience for Undergraduates program at the Georgia Institute of Technology.